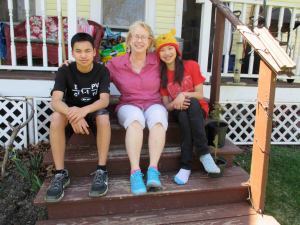 In January of 2000, Alice Smith, a professor of speech therapy and now one of STC’s board directors, saw a picture online of a Cambodian child who needed a family. That marked the first step in her efforts to bring Speech Therapy to Cambodia.

She adopted two children in Cambodia, Ean in 2000 and Ellie in 2001. Both children had unrepaired cleft lip and palate and were malnourished from difficulty being fed. At the time of Ean’s adoption, there was only one surgeon doing cleft surgery in the country and children in orphanages were not receiving repairs. There were no speech therapists to show anyone how to feed children with clefts or how to help with their speech/language disorders. Alice has a Ph.D. in Speech Pathology with specialization in cleft lip/palate. She always says, though, that being the parent of children with clefts really changed her life.

In the spring of 2002, Alice was invited to join the first medical mission of Operation Smile International (Norfolk, VA) in Cambodia. The mission was held at the Khmer-Soviet Friendship Hospital (KSFH), the same hospital which is now hosting STC’s training in adult swallowing and speech. Ho Thavry, the nurse who met Betsy in 2014, was on that first mission. More than 300 children and their parents attended that mission and about half of them received surgeries for cleft lip or palate. From that first mission, Operation Smile Cambodia was born, and regular missions consisting of international teams training Cambodian medical professionals were held at KSFH and in provincial hospitals around the country multiple times a year until 2014. Now a new Cambodian-run organization, Smile Cambodia, has taken over the reins and continues that work with over a dozen Cambodian surgeons who specialize in cleft care.

Alice regularly attended the annual medical missions in Cambodia and in 2004 became the Chair of the Speech Council for Operation Smile International, sending speech therapists on cleft medical missions around the globe. She noticed that the life-altering surgeries offered to children on missions were not enough to help them succeed in daily life without follow-up speech therapy. In 2005 she began to teach Cambodian doctors, nurses, teachers, and physiotherapists at hospitals and schools in Phnom Penh, Siem Reap, Battambang, and Sihanoukville about providing speech therapy to children following cleft surgeries.

Alice moved to Cambodia from 2008-2011 and founded a clinic called the E&E Speech Therapy and Education Clinic. The clinic provided direct speech therapy services to children and continued to offer training to parents and professionals for children with speech/language delays, autism, developmental disabilities, and cleft conditions. She collaborated with City University of London speech therapists in establishing speech services in multiple locations around Phnom Penh and the provinces. Although presently working in the USA, Alice regularly offers consultation with the Cambodian therapists working in those locations.

Alice was delighted to become involved with STC and shares the dream of establishing Cambodian university training for Cambodians who wish to become Speech Therapists. She is currently working with a team of US and Australian professors of Speech Pathology to develop a multi-level curriculum to this end. 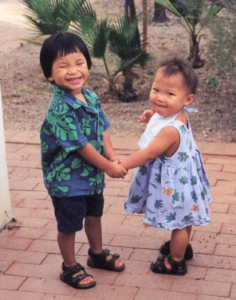 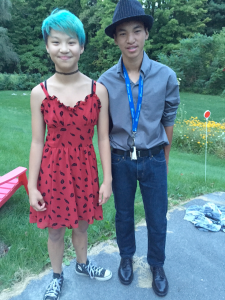 How you can help

We are looking for experienced SLPs who have worked in Southeast Asia or other developing/ majority nations, or who have traveled extensively in these countries. Come to Cambodia and teach with us!

Connect us with organizations or people who might be able to further our mission, including major donors or foundations.

As a 501(c)(3) we rely on donations from people like you to support our mission in Cambodia. If you would like to make a tax deductible donation today please click the link, or visit our page on Razoo.com. 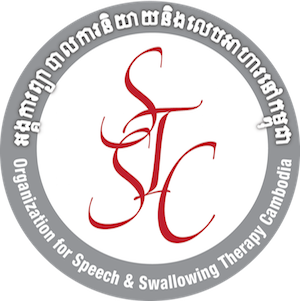 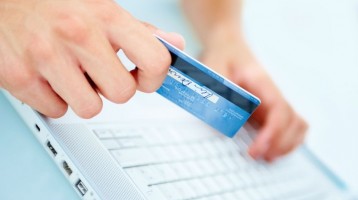